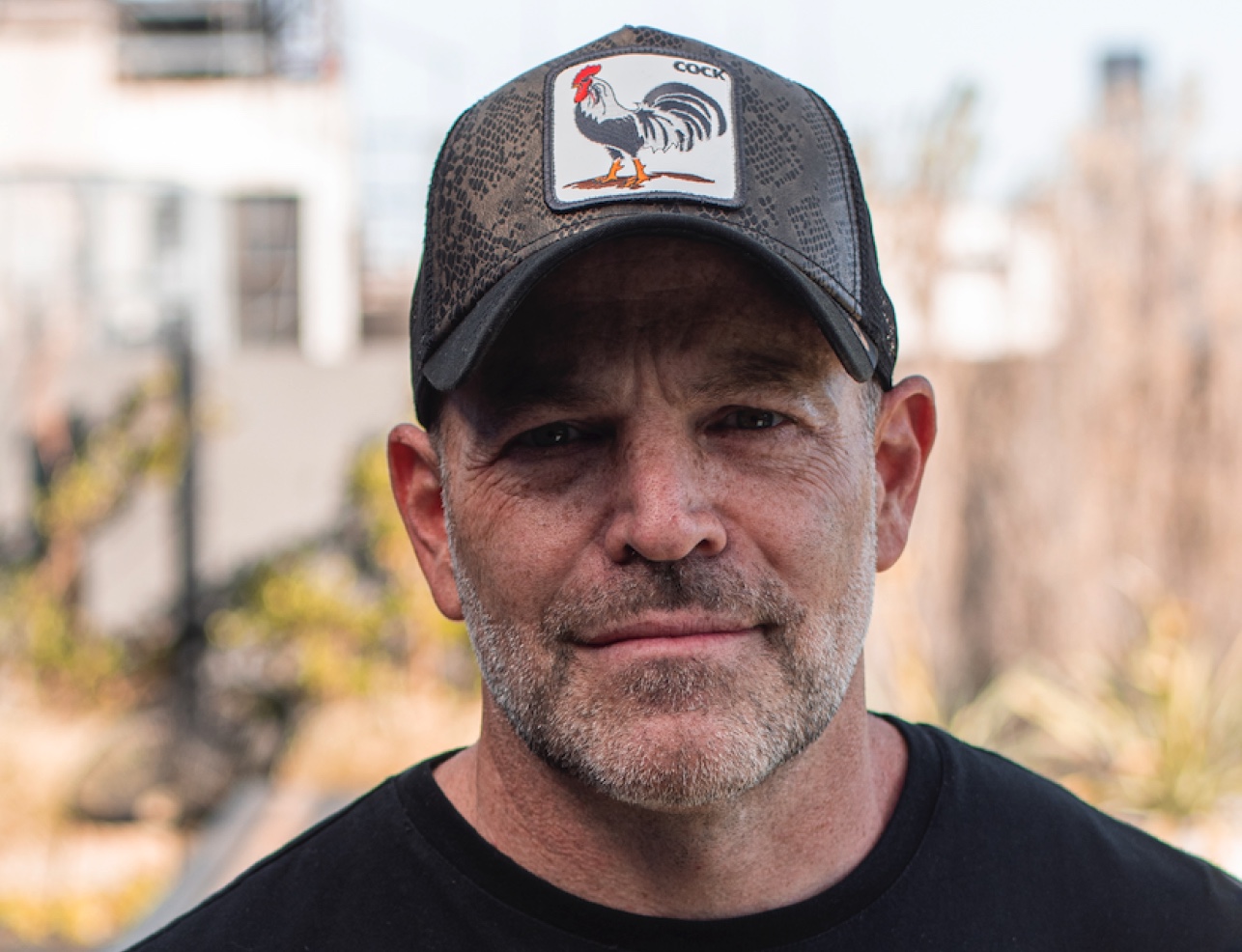 One of the world’s top creative leaders joins Miami-based agency at a time of exponential growth.

Waissmann will be relocating from Buenos Aires to Miami, and the move marks the first time he has brought his talents and expertise to a U.S.-based firm. In his new role, he will lead the agency’s creative organization with an emphasis on clarity and focus to develop work that makes an impact on the cultural zeitgeist. Most recently, Waissmann was CCO LatAm at HOY by Havas, a leading creative agency in Latin America with offices in Argentina, Colombia, and Mexico.

Waissmann initially studied industrial design to pursue a passion for working in the auto industry. His interest in theater led to a deep understanding of the entertainment industry and advertising, the latter inspiring him to shift careers. One year later, Waissmann was working at an ad agency and laying the foundation for Underground, the school for creatives he founded in 2001 and directed for 18 years. Underground was one of the most recognized creative schools in Latin America, with branches in Argentina, Uruguay, Colombia, Peru and Mexico.

“Our agency has experienced explosive growth over the past year, allowing us to lure some of the best talents in the industry, and now with Tony’s addition, the stage is set to take us to even greater heights,” said Luis Casamayor, co-founder and creative chairman of Republica Havas. “Tony is a generational talent who will elevate our creative output and continue cultivating a divergent, multifaceted team of world-class professionals. Tony’s addition signals a landmark moment for the future of our business,” he added.

Republica Havas has experienced over 25% growth over the past year amid distinguished wins, including Nike and Telemundo’s FIFA World Cup 2022. With over two decades of award-winning industry experience, Waissmann has held creative leadership roles at top agencies, including Geometry Global, GTB, FCB Global, and Lowe Argentina, and his clients have included Coca-Cola, Starbucks, Ford, Johnson & Johnson, Jaguar, Land Rover, DirecTV, and Cinemark.

“I’m grateful to the Havas network for the freedom and support I’ve been given from day one. My role is one that I’ve always been passionate about. I’ve been working in the LatAm region and my native Argentina for years, in different agencies, but taking on a new challenge always thrills me and fills me with pride,” said Waissmann. “Together with this new team, my goal is to make RH an even more outstanding creative agency, bringing it right up there with the most creative ones in the region. The work has to speak for itself; it has to be relevant to clients and hopefully, impactful enough to inspire industry peers,” he added.

Waissmann’s work has been recognized with numerous awards, including Cannes Lions, Clio, New York Festivals, London International Awards, El Sol, and El Ojo de Iberoamérica. He has been named one of the 100 Most Influential Creatives in the World by Creativepool, and selected as one of the 10 Best Creative Directors in Latin America and one of the Best Creatives in Argentina by the Jerry Goldenberg Awards, the most prestigious industry awards in Argentina. Over the past year, he was again nominated as one of the best creatives in Argentina at the Jerry Goldenberg Awards and ranked as one of Argentina’s top two creatives according to El Ojo de Iberoamérica.

Havas is one of the world’s largest global communications groups. Founded in 1835 in Paris, the Group employs 20,000 people in more than 100 countries and operates through its three business units covering all communication activities. Havas Group’s mission is to make a meaningful difference to brands, businesses and people. To better anticipate client needs, Havas has adopted a fully integrated model through its 60+ Havas Villages around the world. In these Villages, creative, media, and healthcare & wellness teams work together, ensuring agility and a seamless experience for clients. We are committed to building a diverse culture where everybody feels they belong, can be themselves, thrive and grow. Havas Group integrated Vivendi in December 2017. Further information about Havas Group is available on the company’s website: havasgroup.com

When we set out on this journey on November 13, 2006, we had no idea what was ahead of us. We were two (younger) guys with a drive to build something great. Early on, with the help of our team members, we carefully crafted the 14 Principles that have guided Republica these 4,322 days.

And what a ride it has been!

We’ve enjoyed great triumphs and experienced heart-aching loss. We’ve been fiercely entrepreneurial and nimble and have always made an effort to give back to the community. We’ve grown, evolved, and learned from many mistakes along the way.

Our clients have been incredible. They’ve been our partners on this journey. We’ve accomplished so much with them and for them. They’ve allowed us to do groundbreaking work, and we’ve been so proud when that work has received national or global industry accolades. We are so grateful that they have chosen us.

And then there’s our team. The Republica family. Together, we’ve shared so much, including thousands of cafecitos. Many of us have been together through thick and thin for years. And others have joined us more recently. Everyone is part of the story.

We’ve been approached over the years by potential suitors; including holding companies and private equity firms. We would always listen, but it never felt right. We knew that if and when we were to consider some sort of alliance it would have to be on the right terms, with the right people. We knew we would only want a partner that would allow us to keep doing what we love, yet give us a global platform to grow and scale. Maintaining our independence, our team, and our secret sauce, our familial culture, have always been paramount.

We’re beyond excited to inform you that we feel we have found that partner.

We will be joining forces with one of the world’s top marketing and communications companies, Havas. As part of this new venture, we become Havas’ lead multicultural agency partner in the United States.

You may ask why, or why now? The answer is simple. Why not. We recently reached our pinnacle, something we’d worked hard to achieve for years. We’re now Ad Age’s number one independent U.S. multicultural agency. Albeit a fantastic milestone, we can’t rest on our laurels.

As our industry experiences the most significant disruption of our lifetime, we believe that joining forces now with Havas makes perfect sense.

Havas is a global, transformational leader in creative, media, data and analytics. And its parent company, Vivendi, founded in 1835 in Paris, is one of the world’s leading media and entertainment conglomerates, also owning Universal Music Group, France’s Canal +, and Gameloft, among other major assets.

We thought long and hard about this decision.

One of the factors we’re most excited about is the new growth opportunities and many expanded benefits we’ll now be able to offer our employees.

In closing, so many people deserve our gratitude today...our families, our friends and clients, and each individual that contributed in small and big ways to this dream. You know who you are and we thank you all.

And lastly, our name. We will be known to the world as Republica Havas.

We’re now part of this greater family, and we’re so excited to begin this new chapter of our journey, together.

What information do we collect?

We collect information from you when you apply for a position on our Careers or Internships form or when you provide your information on our Subscribe function. When submitting information using these forms, as appropriate, you may be asked to enter your: name, e-mail address, company, mailing address or phone number. You may, however, visit our site anonymously.

What do we use your information for?

Any of the information we collect from you may be used in one of the following ways:

How do we protect your information?

Yes (Cookies are small files that a site or its service provider transfers to your computers hard drive through your Web browser (if you allow) that enables the sites or service providers systems to recognize your browser and capture and remember certain information.

We use cookies to understand and save your preferences for future visits and compile aggregate data about site traffic and site interaction so that we can offer better site experiences and tools in the future. We may contract with third-party service providers to assist us in better understanding our site visitors. These service providers are not permitted to use the information collected on our behalf except to help us conduct and improve our business.

Do we disclose any information to outside parties?

We do not sell, trade, or otherwise transfer to outside parties your personally identifiable information. This does not include trusted third parties who assist us in operating our website, conducting our business, or servicing you, so long as those parties agree to keep this information confidential. We may also release your information when we believe release is appropriate to comply with the law, enforce our site policies, or protect ours or others rights, property, or safety. However, non-personally identifiable visitor information may be provided to other parties for marketing, advertising, or other uses.

Occasionally, at our discretion, we may include or offer third party products or services on our website. These third party sites have separate and independent privacy policies. We therefore have no responsibility or liability for the content and activities of these linked sites. Nonetheless, we seek to protect the integrity of our site and welcome any feedback about these sites.

In 2006, Jorge A. Plasencia and Luis Casamayor noisily occupied the corner booth at a Miami eatery as they hashed out plans to build a new kind of agency. It was the same year Twitter launched and that Facebook was starting to reach the masses.

Countless espresso-fueled conversations and strategy sessions had culminated into an important narrative: there was a seismic multicultural and digital shift taking place, and most agencies weren't addressing it.

They founded Republica in November 2006, and within a few short years, with a growing roster of blue-chip clients and garnering industry acclaim, it became one of America’s fastest-growing independent agencies.

Many of the world’s top brands trust Republica Havas as their partner to connect with the most culturally diverse, technologically-advanced consumer base in history.

Built on a familial culture of caring for the community, Republica Havas continues to be recognized by client partners and the industry as a nimble, effective agency with a reputation for delivering groundbreaking, award-winning work.

Get the latest news